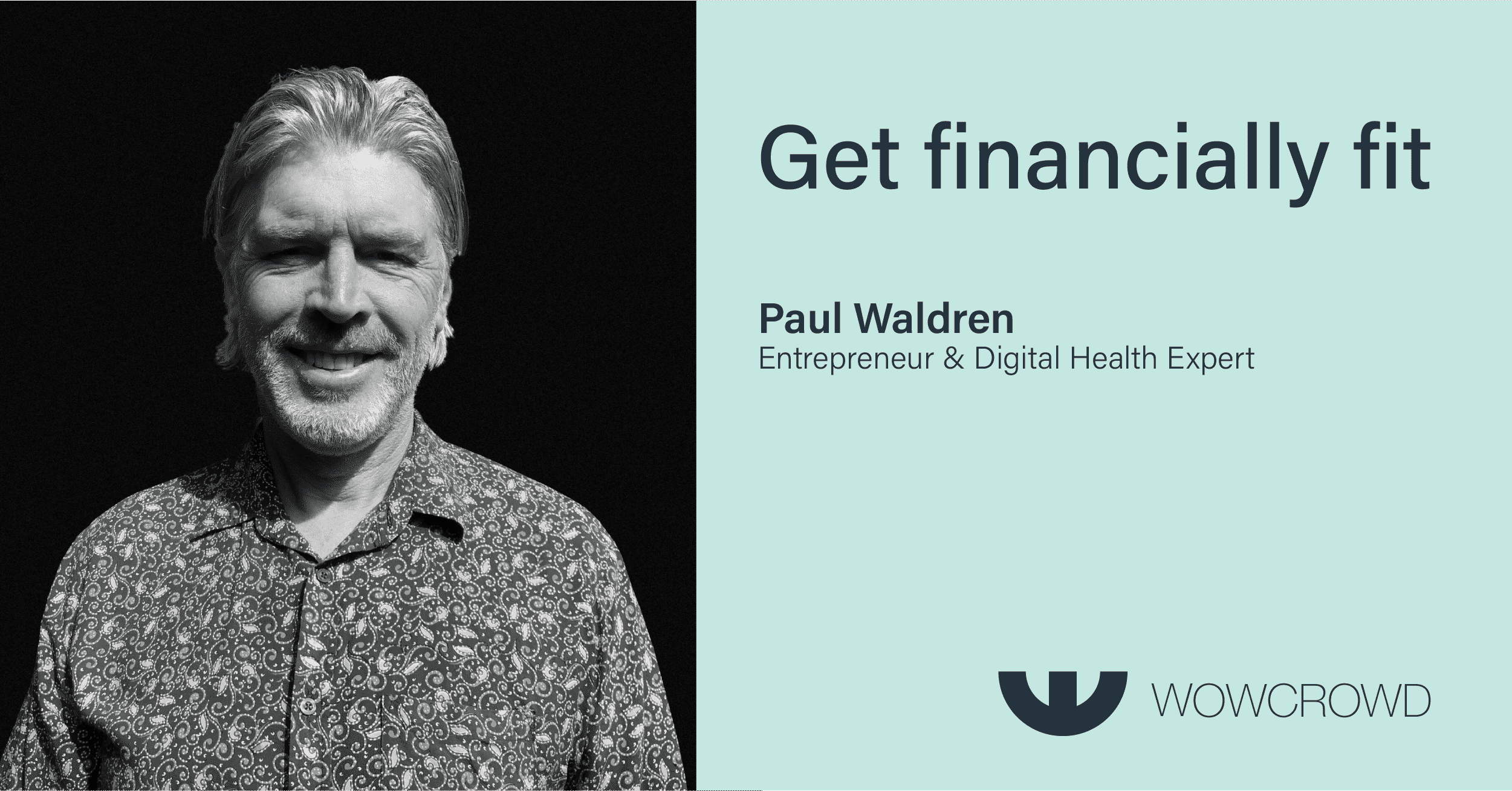 To kick 2021 off, the first episode of the year had to be topical and motivating, especially given what 2020 was like. We needed to start this year off with a fresh perspective and renewed positivity, so we invited Digital Health Business expert, Paul Waldren – Founder of Loup, an agency that creates digital health and fitness apps like Centr with Chris Hemsworth (more on this later) to explore a holistic and sustainable approach to getting financially fit.

But first, Waldren shared some incredible stories and insights from his long-serving career at The Nine Network during the days of Kerry Packer’s reign and negotiating the AFL rights. A key takeaway was his recollection of how the internet disrupted the consumption of traditional media in the early 2000’s. While there were several opportunities to adapt and leverage this new technology to grow exponentially, the myopic outlook of free-to-air media executives caused these traditional channels to stagnate. And you can still see the effects of that today as paid streaming platforms own the lion’s share of the market. Waldren’s advice to accountants and advisers is “I’d be embracing technology and having an open mind that wonders to the what if’s and maybe’s of what this world is going to look like in 10 years’ time. Don’t be the Fairfax of the Financial industry.”

So what of getting financially fit? Paul expressed his deep knowledge of the health consumer, “Often they make all sorts of decisions in January and by March the motivation has gone. Often the motivation goes because the results aren’t there. And that’s largely because they don’t set realistic expectations.” He wasn’t only referring to health goals however, but also wealth goals because they are proven to give better outcomes when they go hand in hand. So to get your clients to become financially and physically fit, Waldren’s advice is to tell them to, “Be realistic of where you are in your financial and health journey, and set achievable goals, ones that are attainable. Small incremental lifestyle changes that are going to take time but you enjoy practicing and pursuing, is the secret.” By setting realistic and long term goals and expectations, the sustainability and durability of your relationship with your client then rides on keeping them on track and delivering them what you promised based on these achievable goals.

On to Thor! Well no, no connection there except that the leading man of Centr app is Chris Hemsworth. Waldren explains his venture into the digital health landscape was born out of the failures he’d ‘enjoyed previously’. They were seeing the emergence of the online personal fitness category, which involved a consumer subscribing to an app or website. Fortunately, one of his previously failed projects bore a great piece of technology that suited this emerging category perfectly. It was web-based and provided consumers with direct access to video packages, meal plans and audio files. He had come across personal trainer and later down the track Bachelor no. 3, Sam Wood, who aspired to get his health program out in the market, so they went on to develop 28 by Sam Wood. It became a huge success and was followed by Tiff Hall with TIFFXO and other graduations that finally led to Centr with Chris Hemsworth. And the rest, as they say, is history.

Waldren’s keynote was followed by a reflective and motivating discussion by our expert panellists, Trent McClaren, VP of Client Success TOA Global and Accounting thought leader of the year (Awarded by Accountants Daily); Caren Hendrie, Advisory Consultant and Co-founder of The Business Growth Group; and Karolina Kuszyk, Head of Wealth Channel for myprosperity, with host Chris Ridd, Director of myprosperity. The panellists reflected on the unprecedented year that was 2020, and how accountants and advisers rose as the ‘unsung heroes of the year’; navigating stimulus packages and other government initiatives to try and keep businesses and the economy afloat.  Their advice for the year ahead echoed Waldren’s, in setting more short-term and realistic goals given the unpredictable climate we find ourselves in, and leaning on technology to improve efficiencies seek out new opportunities.

Digital technology may have once been a disruption to certain industries but now it’s more an enablement tool for the advice industry, which saw a phenomenal uptake in its adoption last year. As Karolina Kuszyk mentions, “There’s been a lot of research done into digital transformations in the finance industry and what those trends have shown is that technology isn’t there to replace anything, it’s there to enable us humans to do a better job. And that extends to attracting better quality employees and client engagement.”  This became evident for us at myprosperity when the pandemic hit last year and we saw a 300% increase in the number of documents being digitally signed, 91% increase in user logins, apps downloaded, and a huge increase in digital form development requests. Accountants and advisers are realising the benefits more and more with evidence in the increased efficiencies and client engagement. And if chosen correctly, long term opportunities that will keep their revenue growing.

Those are just some of the highlights from the episode. You can catch up on the full episode below.